Pastor for a day at Lahore, “the collision” of two armies at the border and saying good-bye to great Pakistan – you will stay in our hearts forever! 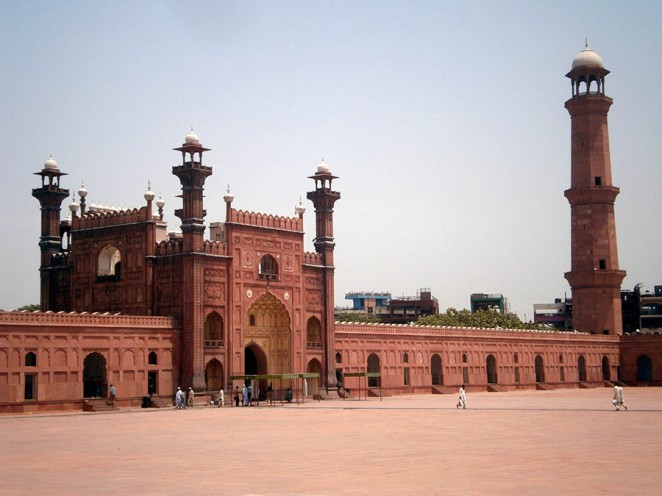 The gate of the mosque in Lahore

All the morning we read the Bible, watch some Christian channel on TV and do other stuff related to religion. At noon we get on a bike (5 adults and a baby!) and we go downtown. The traffic is very heavy and maybe because all of the stress we stop to feel the heat so acutely. We visited first the fort in Lahore – it has gigantic walls and doors. Then we went to the Badshahi Mosque which was built during 16 century and is one of the most impressive mosques we have ever seen. 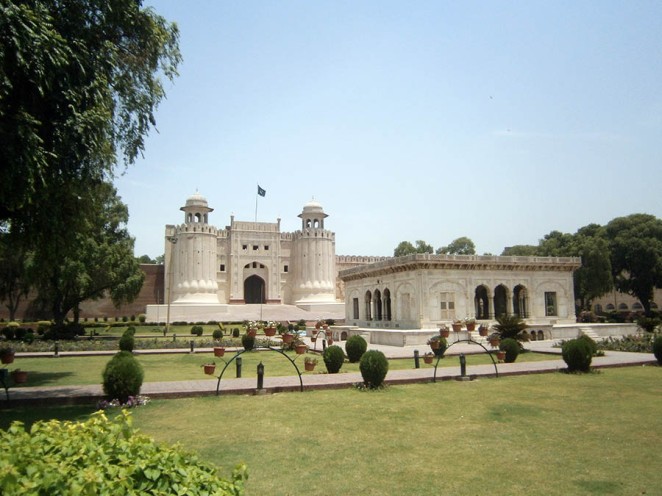 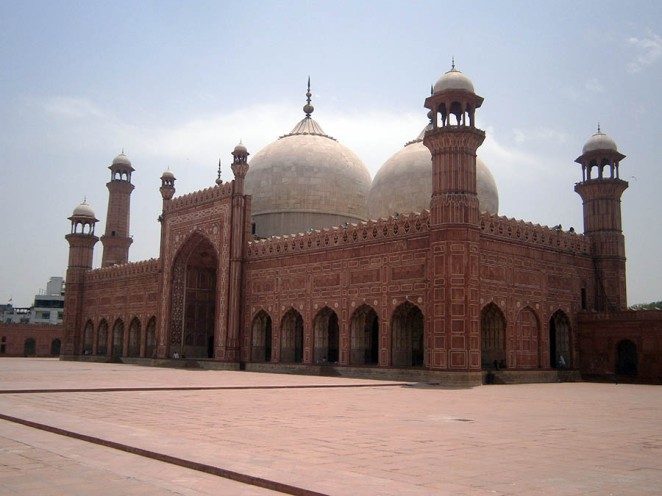 Badshahi Mosque from another angle

Close by there is a Sikh temple but tourists are not allowed to enter.

The city has many building with British colonial architecture and is very nice, green and clean – especially downtown. This is the most developed and modern city in Pakistan. There are many churches – we visited the Catholic and the Anglican Churches. It is not easy to be Christian in Pakistan nowadays – Christians are been attacked and murdered a lot recently, said to us the Archbishop of the Anglican Church.

In the evening there was a big surprise waiting for us when we came back. We were invited to the liturgy of Patras John’s church. We sang songs, accompanied by djembes and tambourines, and on top of it all we had to preach together with the pastor. We were feeling a little uncomfortable because everyone was shouting as loud as they can Halleluiah and this could be heard on all the street where there were many Muslims and the church doesn’t have any guards. At night we went on the roof top to sleep together with the other people.

That was out last night in Pakistan.

I just realized that we did everything we were advised not to do – we crossed Balochistan, we hitchhiked in Khyber–Patunkwa region in Kohistan, we pitched our tent wherever we liked and we even became pastors at a church for an hour…

Here are our impressions from the life we spent with the Christian people at their poor neighborhood. Living at an extended family is actually quite nice an experience. The atmosphere is of togetherness, happiness and mutual help. There are people coming in and going out all the time. Everybody participates in the house’s chores and there are very few conflicts and no stress.

Sonia – one of our Christian friends

It is an easy feat to raise a child in such a place – you can always go out and do your things because there is all the time a person you can leave your baby to. It is typical in this Christian society that men and women are not separated and the women do not put veils on their heads.

Men and women communicate equally – a dynamic we have almost forgotten during our long stay in Pakistan. People are joyous and they joke and laugh all the time. All this combined with the energy of love and care made our stay here just awesome.

We had traditional breakfast with halva-cigars and airan. Then we left to visit one of the Christian families. Now I don’t see the misery that imposed upon me so much in the beginning anywhere – now everything looks perfectly normal to me. Obviously humans adapt even faster than cockroaches. 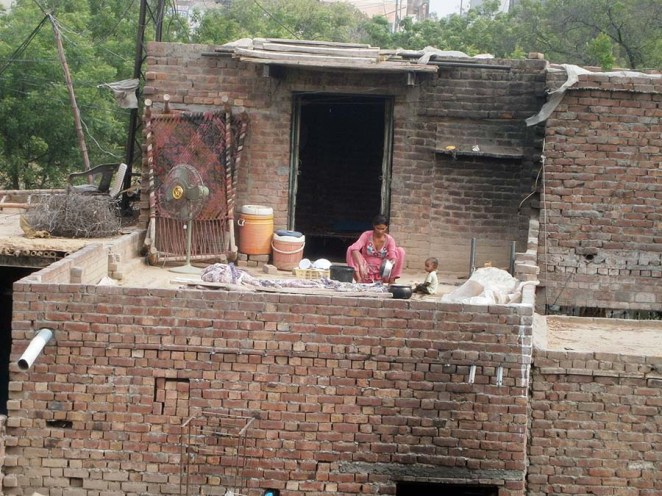 After lunch we head to the Indian border by city bus – it stops 6 km. from it. In the bus everything happened. I was travelling in the front part with all the other women. The men are at the back behind a screen. First one old lady saw that I have water and asked me to drink a little bit from the bottle, then a lady put her purse on my knees because it was heavy for her to hold. Then another woman put her child in my lap and the child fell asleep. The next shock for me was when the old lady who asked for water fainted. The people just managed to help her regain consciousness and a student fainted from the heat. So my bottle of water was of good use.

In two hours we arrived at the border and it turned out that it is closed because they were doing a special ceremony with their flag (Wagah border ceremony). There are many people watching and there is even a tribune. On the other side of the border the Indians also perform and participate in the ceremony – the guards of the two borders snarled at each other, it was very funny to watch. The crowd shouts “Pakistan” and “Allah”. After the ceremony we go back and we hope they will let us in tomorrow because today was our last “visa” day. It was good that Patras John was with us and helped us a lot.

We go to the nearest village that is 6 km. away from the border and Patras John finds a person working in a local hospital who is his friend. There are several rooms opposite the hospital that are usually lent to tourists or visitors but they let us sleep there for free.

Every day we meet someone who helps us and makes us feel thankful. It is really a big honour and joy to meet people like Patras John and the other people who helped us in Pakistan, Iran and Turkey.

In the evening the friend of Patras John invited us to dinner. He came to take us with his motor bike and we almost hit two people while we were riding it with him. At his place we tried another light drink from the “terrible mixture with light drinks” series (the last one was in China – boiling Coca Cola with cinnamon sticks). This time we had the honor to drink Sprite with airan (mixed yoghurt with water and salt). All the people in the house sleep in their beds on the street. At night we climb to sleep on the rooftop because in the room it is extremely hot. 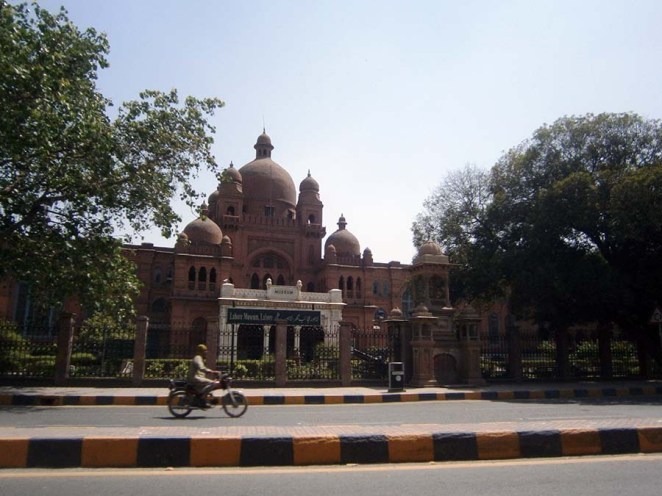 The museum at Lahore

الحمد لله ربّ العالمين‎   –  (Al-Hamdulillah Rabbil Alamin!) – All the praises be to God, the Lord of all things!