History of Japan can be traced back to the most ancient civilizations of the world. Most of the foods eaten by Japanese people are different from those eaten in other parts of the world; therefore it is a common desire among tourists and visitors to try a Japanese food.

It is estimated most people visit Japan either for its cultural aspects or to try some of the best foods in the world. Being a somewhat different civilization Japan has its own eating manners and food is served differently from those European or English areas. Most of the food is eaten by small sticks and it takes a lot of practice to be able to eat with those sticks.

Apart from this, there is specific mannerism like picking up a small bowl and bringing it near to your mouth. It is commonly believed that Japanese food is mostly comprised of vegetables but a large portion of food also contains meat – mostly boiled seafood. Japanese food contains a limited number of spices and most of the food is boiled rather than grilled or fried. It is a very difficult task to make a list of six foods that can be said as the best foods of Japan, but the attempt is not all in vain. 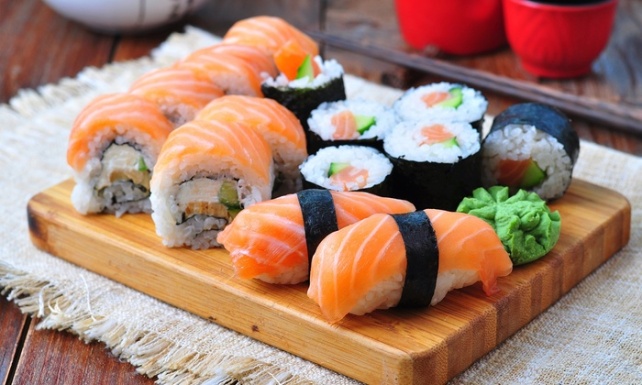 Sushi is considered one of the best seafood dishes in the world. It is enjoyed by native Japanese as well as people all over the world. It is a combination of raw fish cooked inside vinegar rice and finally enclosed by seaweed. If a person does not like raw fish there are also other elements available as a substitute like boiled prawns or grilled conger eel. Sushi can be found all over the Japan, but that prepared near the sea areas or big restaurants are exceptional. The Tsukiji Market is also famous for low-priced but tasty Sushi. One benefit of eating Sushi from Tsukiji Market is that you can see Tuna auction if you get there early. 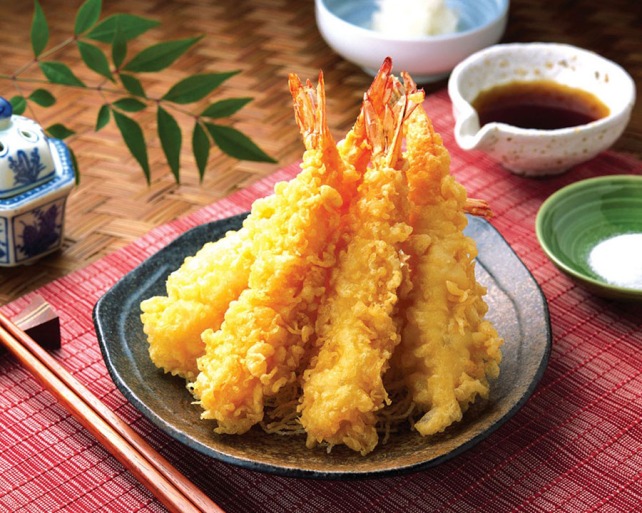 Tempura is a dish in which different vegetables, seafood, and other ingredients are dipped in flour for some time and then are fried. This food is almost prepared all around the world because of its gaining popularity. In America, it is served with some sauces. 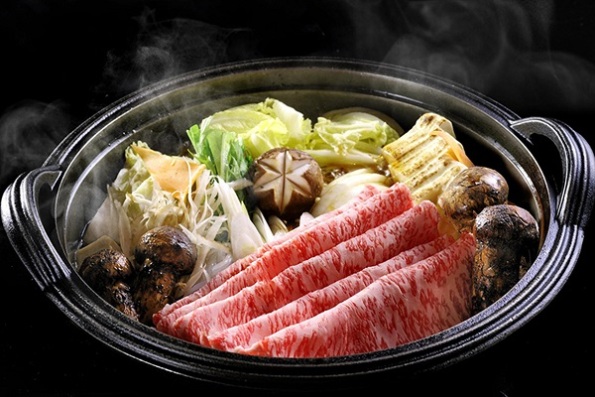 This is a dish for beef lovers. It is served in an iron pot with the stewed mixture of meat and vegetables. It is served along with a sauce known as Warishita which is made from soy and sugar. The dish is prepared variably throughout Japan with little difference in ingredients. Some restaurants use beaten egg to make the taste little milder. It is always served in Nabemono – a Japanese hotpot. If you are looking for discounts on other food items then checkout Groupon deals. 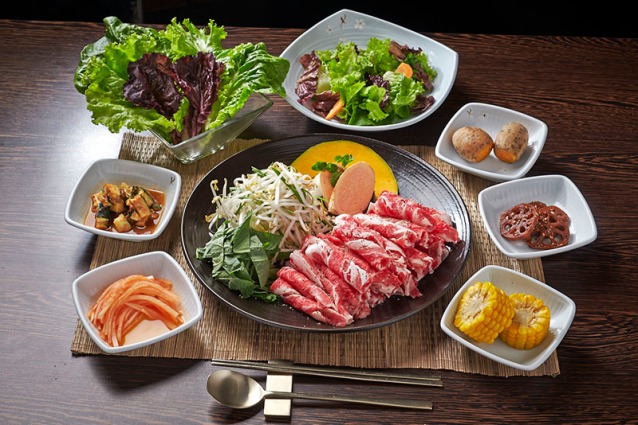 Although the ingredients are same, which are meat and vegetables, it is a dish slightly different from sukiyaki. It is made of thinly sliced beef which is boiled in water. Different vegetables and sauces are also served with this dish. The sauce used for dipping the meat is either Ponzu or sauce based on sesame. The meat chops are slightly dipped in the water before eating. Apart from beef, you can also order other edibles like Pork. Sometimes udon noodles are also added to the dish. This dish cannot be found everywhere in Japan, only specialized restaurants offer this dish. There are few restaurants which serve both Sukiyaki and Shabu-Shabu. 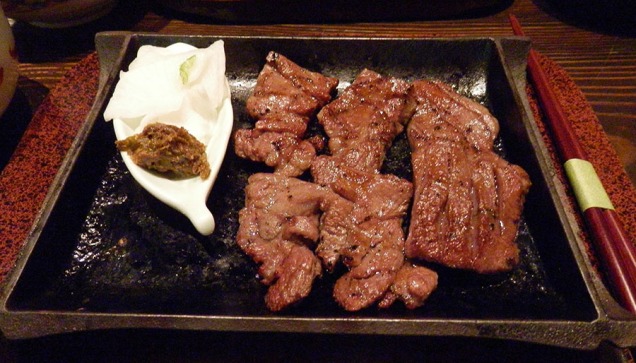 It can be found only in special beef-tongue restaurants which cook beef tongue in such a way that softens the meat. Usually, this dish also contains barley (mugimeshi) cooked rice with a beef tail soup. Most often Mugimeshi comes with tororo with the insertion of different pickles such as white cabbage or chili peppers. Yakiniku restaurants serve it differently than gyutan restaurants, the latter making it quite thick. 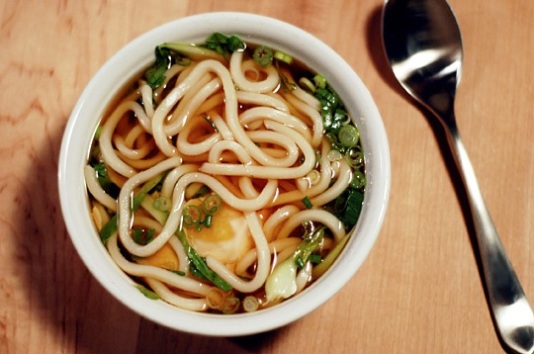 These are the two best noodles dishes in japan and are slightly different from one another. Soba noodles are made from Buckwheat flour while Udon noodles are made from simple flour. These noodles are so soft that these will melt instantly the moment you put them in your mouth. Noodles are not served without the addition of different sauces and these differ from place to place, the common ingredients are soy sauce and sugar. These are one of the cheapest and delicious foods of Japan and are available anywhere, but it is recommended to eat these in one of the special Udon restaurants.