A place from the dreams of God: impressions from Tso Moriri Lake 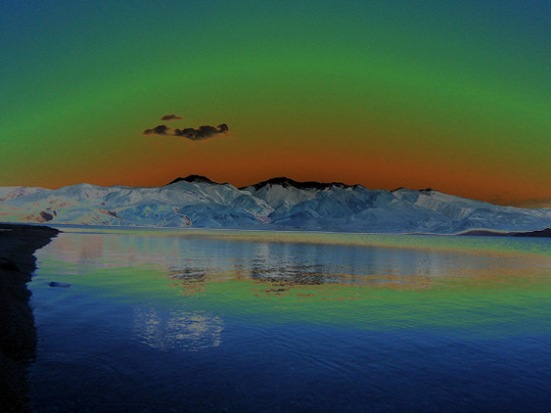 The deity is dreaming a centuries old dream. It dreams of a sparkling blue sapphire thrown in the endless waves of cliffs. It dreams of gigantic orange rocks under the violet sky. Its breath creates winds dancing above the sand, from its eyes flow milky blue rivers. Millions of stars hide the night sky. There are only two colors in its dreams – orange and blue.

Small people with silky herds of sheep are born and then die among the cliffs. A manikin, which likes to walk on every part of the dreamy creation, wanders around this forgotten place. The manikin loves the sand and steps on it, steps on the water, on the river rocks, on the thorny bushes, on the ginormous cliffs, on the ice, on the turf, on the snow.

The manikin walks in oblivion an eternity, walks as if all of its life under the snowy peaks piking through the sky and the heart of the walker. Sometimes I dream this dream for seconds, but I am not sure which of the myriad mountain pathways leads to these visions.